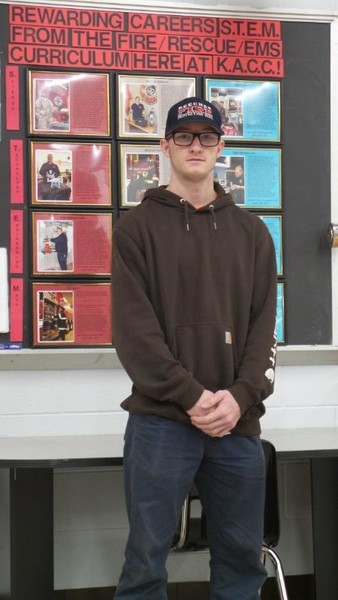 Justin Janssen, a 2019 graduate of KACC's Fire-Rescue-EMR program and Beecher High School, returned to KACC to speak to students or current students about what's been happening in his life since graduation.

Justin was enrolled in the Fire/Rescue/EMS program at KACC from 2017 to 2019.  Since graduating, he has been extremely busy.  Having earned his Emergency Medical Responder certification at KACC,  he continued on in his EMS education at Prairie State College; successfully completing the Emergency Medical Technician class.

Upon completion of the EMT course, Justin entered the fire academy at the University of Illinois Fire Service Institute in Champaign.  He will be completing that course in December.  All his studies are in addition to Justin serving as a paid, on-call member of the Beecher Fire Protection District . Justin also works for Angleboard (a division of Illinois Tool Works) in Kankakee. 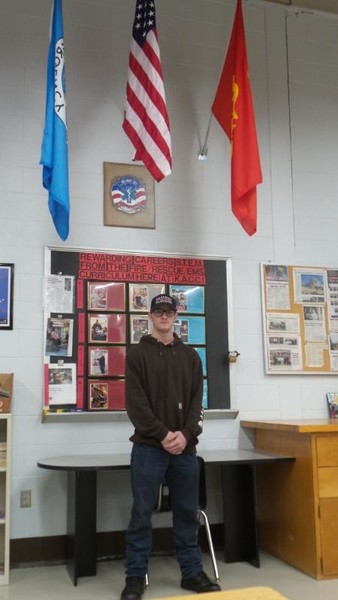 Launch the media gallery 2 player
According to Justin, the exposure he received to the fire service industry while attending KACC and the IFSI Fire Academy peaked his interest in wildland firefighting and perhaps becoming a smoke jumper, a career path he plans to investigate further.

It's said that "only fools jump out of perfectly good airplanes;" but Justin is no fool.  According to his instructor, Ed Leeson, he is a "Dedicated young man who refers to himself as doing what he loves to do and facing different challenges every day on every emergency call to which he responds."