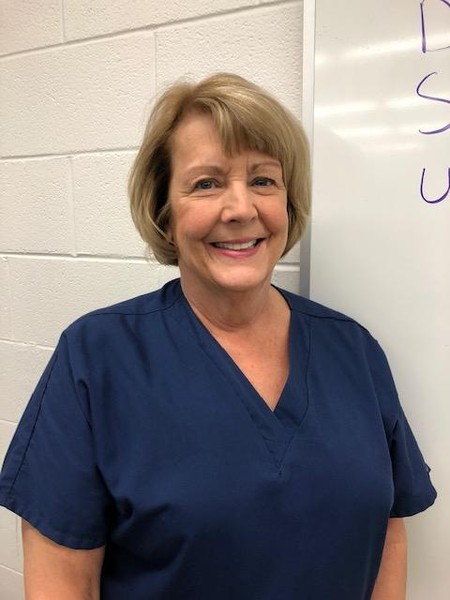 The Kankakee Area Career Center is very delighted to have Ms. Judy Krause, R.N. not only teaching one of our two C.N.A. Training Program classes, she also serves as our Program's Lead Instructor and liaison between KACC's program and the Illinois Department of Public Health.

It's hard to believe, but Ms. Krause has been a member of #TeamKACC for a whopping ten years!  Previously, Judy was both an instructor and KACC's Program Manager for the C.N.A. Training Program through IDPH.   She brought much to our program and has impacted many, many students in a positive way - leading to their success - not just in the healthcare industry - but life in general.

Following her retirement as a full-time instructor, Ms. Krause agreed to return to KACC as a C.N.A. Clinical Instructor - two days per week to accompany students to Manteno Veterans Home, teaching them the hands-on skill sets they have practiced in the KACC lab.  The Clinical Instructor/Teacher ratio is 8 students per teacher.  They work hand-in-hand with their group of students to ensure they gain knowledge, skills and are able to take extra special care of our veterans.

As far as her background is concerned, Ms. Krause entered nursing school directly after graduating high school.  She earned her Bachelor's of Science Degree from St. Xavier University in 1977.  Ms. Krause began her nursing career at Mercy Hospital and Medical Center in Chicago.  During her time there, she worked on a medical-surgical floor and later worked hemodialysis and public health.

In 1983, Ms. Krause relocated to the Bourbonnais area with newborn twin daughters.  Shortly afterwards, she had a third daughter and then a son.  Ms. Krause says she is "..fortunate to have had the opportunity to stay home and raise her children.

When her children reached school age, Ms. Krause became involved in Provena St. Mary's Hospital Auxiliary and was responsible for organizing the monthly immunization clinics in partnership with the Kankakee County Department of Public Health.

In 2004, Ms. Krause returned to nursing as an RN Coordinator at the Bickford Assisted Living Facility and later, Provena Our Lady of Victory Skilled Care Unit.  Ms. Krause has a passion for working with the growing aging population.

Ms. Krause knows first-hand the hard work, dedication and determination young people require in setting goals and being able to achieve them. Her own children have benefited by their mother's example.  Ms. Krause has a daughter who is a pediatrician, a daughter who is a dentist, a third daughter who is Nurse Practitioner and her son, who is completing a psychiatry residency in North Carolina with a fellowship in child and adolescent psychology.

It's no wonder that when Ms. Krause returned to KACC to work with students.  She still exudes the same enthusiasm for education and helping students succeed as she did the first day she walked through our door.  Ms. Krause says she still "loves going to the Manteno Veterans Home for clinicals."  Ms. Krause not only shares her talents and knowledge, she shares her passion for working with our veterans with her students. 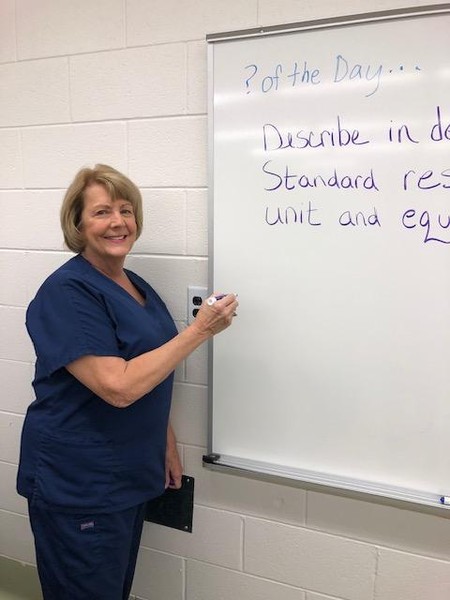 On a personal note, Ms. Krause enjoys spending time with her four children, their spouses and her 7 young grandchildren (all under the age of 6).  She loves getting together with her sisters and her brother, and the rest of her wonderful family.  Ms. Krause said she also enjoys seeing her former students working in a variety of healthcare and business settings in the community helping others.  During a recent trip to a local healthcare office, she ran into 4 of her former students.   That always makes for a great day.