Nursing is her thing! 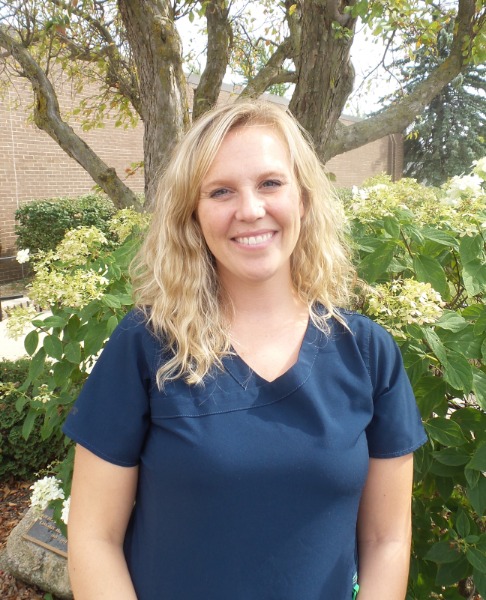 Melinda Luedte, R.N. is not new to KACC – She is, though, a new C.N.A. Training Program Instructor.  Mrs. Luedtke began working with KACC back in 2014.  A look at the path leading here to KACC, we hope, will give you a glimpse into why she is a valued member of our KACC faculty.

Mrs. Luedtke’s first taste of healthcare education began at Prairieview Lutheran Home in Danforth.  Not only did she earn her C.N.A. while at Prairieview – she also got her first job there – as a C.N.A. on their Alzheimer’s Dementia Unit (Faith Place).

While working, Mrs. Luedtke continued her nursing education first at Kankakee Community College. She completed the Licensed Practical Nursing (LPN) Certificate and then her Associate’s Degree in Applied Science and Registered Nursing license. Her true love for learning led her to Olivet Nazarene University where she  received her Bachelor’s Degree in Nursing.

Mrs. Luedtke’s nursing career began as an LPN working at Presence Heritage Village on the skilled and intermediate units. She remained working at Heritage Village until 2014 when she joined the CNA Training Program team right here at Kankakee Area Career Center as a Clinical Supervisor. As a Clinical Supervisor, she worked with KACC C.N.A. students on clinical days at Manteno Veterans Home.  She says she “quickly fell in love with educating aspiring healthcare students.” She has also helped students in the CNA skills lab and was a substitute teacher in the theory classroom.

As a St. Anne native, Mrs. Luedtke has been active in her community. She joined committees to form the first Parent-Teacher Organization at St. Anne Grade School while also sitting on the PTO board from 2014-2016 as Co-President. She also was active on the St. Anne Pumpkin Festival Princess Pageant Committee. Mindy continues to reside in St. Anne with her husband and three children.

From part-time Clinical Evaluator to Full Time Instructor – so glad you are a part of the KACC Team!