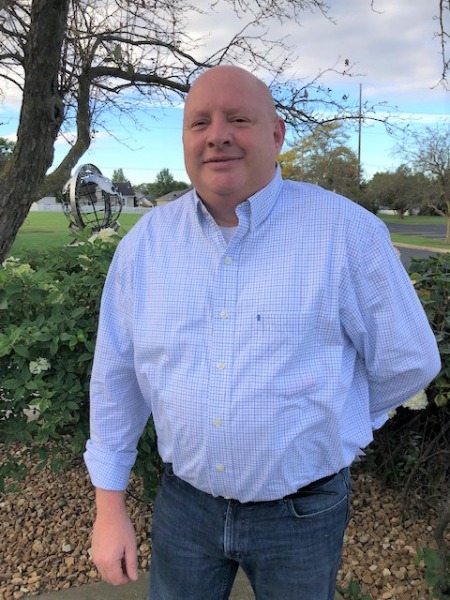 Mr. Johnston brings a wealth of knowledge and experience to this program.  He has a long career in public safety.  Michael Johnston served as the Police Chief for the Village of Bradley from June of 2016.  He initially joined the department on September 15, 1996 - retiring on September 17, 2019 following a history of distinguished service.  He maintains an excellent reputation with his peers.  Even though he retired, we will continue to call him Chief.

Chief Johnston distinguished himself during his twenty-three years of law enforcement.  Following his training at the Illinois State Police Academy, Mr. Johnston served in the patrol division of the Bradley Police Department where he held many different assignments. In November, 2003, he was promoted to the rank of Sergeant and was appointed as the Watch Commander for 3rd shift.

After being promoted to the rank of Lieutenant in 2007, Chief. Johnston served as the department's Operations Commander and Support Services Commander.  It was during this time, he worked his way through school, earning a Bachelor's Degree from Governors State University and a Masters Degree from Lewis University.  Mr. Johnston continued his education and is a graduate of the Northwestern University School of Police Staff & Command as well as a graduate of the 263rd Session of the FBI National Academy in Quantico, Virginia.

Prior to entering his career in law enforcement, Mr. Johnston was a member of the Illinois Army National Guard and was assigned to the Kankakee Unit.

Chief Johnston has been active member of our community, recently serving as the Vice Chairman of the Kankakee County ETSB as well as volunteering for Harbor House as a member of their Board of Directors.

When considering his retirement, Chief Johnston said he looked at the opportunity to be the Law Enforcement Instructor at KACC, and knew this was to be his chapter.  He said he wants "My students and anyone else considering a career in law enforcement to understand that this is a noble profession.  With my years of experience in the Illinois Army National Guard and as a police officer, I can pass along my experiences in a way that will contribute to the students' success and help them have a clearer understanding of policing in America today."

Welcome Chief Johnston!  All of us at KACC look forward to working with you in the years to come.