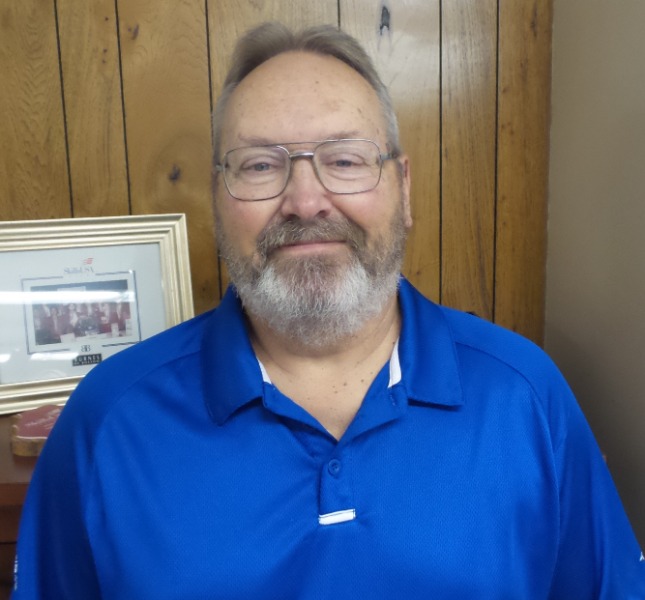 Terry Erickson has been a member of Team KACC all the way back to 2002.  During the first half of his tenure, Mr. Erickson was a substitute, coming in here and there on an as-needed basis.

About ten years ago, the Welding Technology Program student enrollment boomed.  With the incredible growth in student numbers, Mr. Erickson began helping former Welding Instructor, Mike Spangler, in the welding shop and classroom.  Since that time, Mr. Erickson has become a permanent teacher’s assistant at KACC.

Students appear to have great respect for Mr. Erickson, oftentimes asking him for letters of recommendation for position openings and scholarship applications.

Considering Mr. Erickson’s off-work activities, it is not surprising he has good relationships with students.  He has served locally in Little League, Pony League and has a long history as a referee at the high school level.

Mr. Erickson holds a Bachelor’s Degree in Business Administration and Marketing, which served him well when he was in the Insurance Industry.  He is married (43 years) has three sons and seven grandchildren.

Mr. Erickson and Mike Gall make a great team in the Welding Technology Program.  It is beneficial to have new eyes from Mr. Gall, with the historical context of Mr. Erickson’s experience in this particular program.